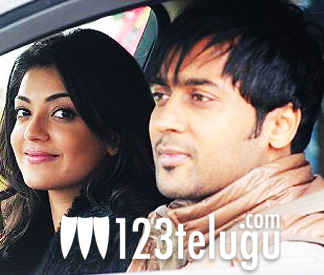 Suriya, Kajal starrer Maatran is soon going to be shot in Hyderabad. After delivering a blockbuster like Rangam (Ko in Tamil), KV Anand is directing this film and in the past KV Anand and Suriya had teamed up for a film titled Veedokkade (Ayan in Tamil). A special set has been erected in Ramoji Film City, Hyderabad for this film. So far, 70% of the film has been completed and KV Anand is reportedly making this film on a lavish scale. Few months ago, the film was shot in exotic locales in Eastern Europe including some never before explored locations. Bellamkonda Suresh is producing the Telugu version and it has been tentatively titled as Veede. Harris Jayaraj is composing the music for this film.