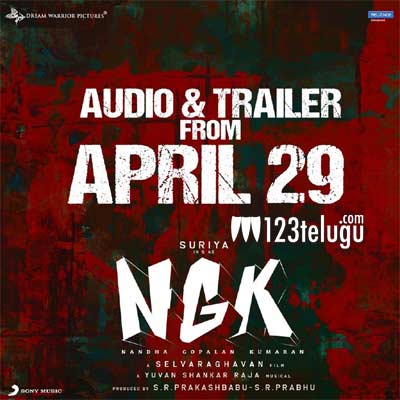 Good news for all the fans of Tamil star Suriya. The makers of the actor’s upcoming political drama, NGK, finally announced that the film’s much-awaited audio album and theatrical trailer will be out on April 29. The film’s teaser was released in February to a massive response.

Acclaimed director Selvaraghavan has directed NGK. Time beauties Sai Pallavi and Rakul Preet are the leading ladies in the movie. Hotshot Tamil composer Yuvan Shankar Raja is the film’s music composer. Suriya’s cousin SR Prabhu has produced the movie, which is expected to hit screens in May.