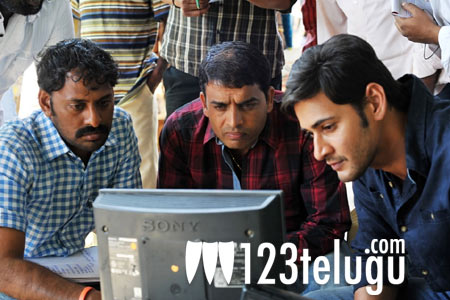 Producer Dil Raju has confirmed that the movie is going to release on January 11th as a Sankranthi entertainer. “Since 11th is ‘amavasya’, the film will have premiere shows on January 10th night. We have not yet decided whether there will be only one premiere or multiple premieres. We will inform about it soon”, said Dil Raju.

Dil Raju also confirmed that the movie is going to be censored within the next few days. Mani Sharma has worked on the film’s re-recording and this was acknowledged publicly by Dil Raju.

Victory Venkatesh and Superstar Mahesh Babu will be seen as brothers in this entertainer. Srikanth Addala directed the movie and Mickey J Meyer composed the music.