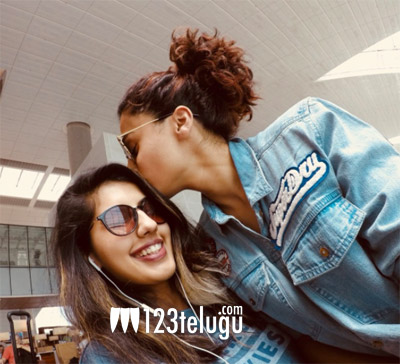 After wrapping up as many as three films in the past couple of months, Taapsee has finally taken a break from her work. The actress was recently in Kashmir for the final schedule of Anurag Kashyap’s Manmarziyan, and prior to that, she was in Hyderabad to complete shooting her portions for an upcoming Telugu film.

The actress is now heading to a trip to Spain, along with her sister Shagun, and she said that it was a long pending trip which got delayed due to her prior commitments.

Meanwhile, later this summer, Taapsee is expected to join the sets of an upcoming Hindi film to be directed by Sujay Ghosh and she will be reuniting with Amitabh Bachchan in this thriller.