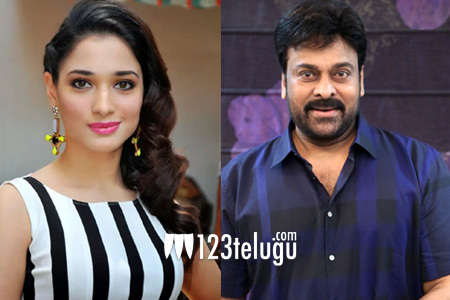 We were the first ones to reveal that milky beauty, Tamannah is in talks to be a part of Chiranjeevi’s Sye Raa. The news now is that she has signed the film officially.

Speaking about the same she said “It’s a great honor to be sharing the screen space with two of my favorite actors Chiranjeevi and Amitabh Bachchan”. This is a unique record for Tamannah as she already worked with Chiranjeevi’s son Ram Charan in Raccha.

Surender Reddy directs this film which has many star actors playing key roles. The film is currently on floors and Tamannah will join the sets soon.