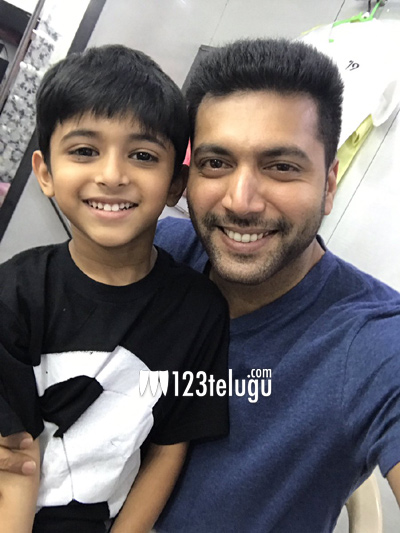 It is a common practice for star kids to make debut in their dad’s film. After Nandamuri Kalay Ram’s son making his debut in ISM, yet another star son in Tamil is gearing up for his debut.

The latest reports suggest that Aarav, son of Tamil superstar Jayam Ravi will be making his debut in his dad’s film soon. Titled Tik, Tik, Tik this film has gone on floors already. Jayam Ravi himself shared this news on Twitter.

Happiest day of my life! My son Aarav n I are acting together in #TikTikTik !!! God bless him ? @ShaktiRajan pic.twitter.com/dLP9kUa3H6