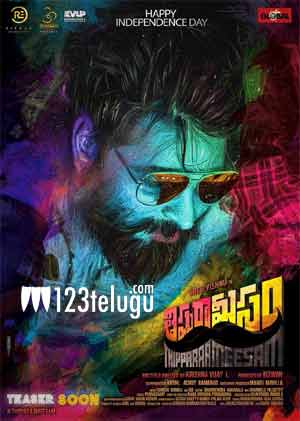 The team of hero Sree Vishnu’s upcoming film, Thipparaa Meesam, unveiled a striking new poster this morning. Sree Vishnu’s swag, his new makeover in a rugged avatar with a thick, long beard and mustache and the overall design are quite impressive. The film’s teaser will be out soon.

Thipparaa Meesam is an action drama and it is being directed by Krishna Vijay L who had earlier directed Nara Rohit’s Asura. Nikki Tamboli and Rohini are the film’s leading ladies. The film’s shooting formalities have been wrapped up and the post-production work is underway currently.

Thipparaa Meesam is being produced by Rizwan under Rizwan Entertainments. Kushi and Achut Rama Rao are co-producing the film. Suresh Bobbili is the music composer.