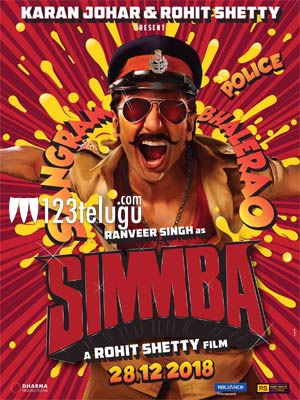 NTR and Puri Jagannadh’s 2015 action drama, Temper, has been remade in Bollywood as Simmba. Starring Ranveer Singh and Sara Ali Khan, the film is directed by Rohit Shetty. Released on December 28, Simmba has now turned out to be a huge money-spinner at the box-offices worldwide.

In its opening weekend, Simmba collected Rs 75.11 crores in India and another Rs 34.64 crores in the overseas market, surpassing the Rs 100 crore milestone in just 3 days. With the New Year advantage and the upcoming pongal holidays, Simmba is expected to enter the Rs 300 crore club by the end of its full run.