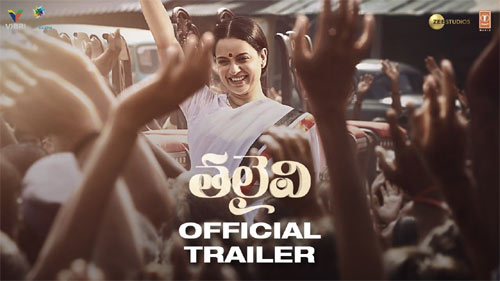 Thalaivi’s trailer is grand and it showcases how Jayalalithaa made her mark in the male-dominated Tamil Cinema and later in Tamil politics with MGR’s support. The trailer is impactful and dramatic and reflects the highs and lows and the laurels and humiliation Jayaa had experienced in her life and career in the vintage era.

Thalaivi is a Tamil-Hindi bilingual and it will have a simultaneous release in Telugu. The film has been directed by AL Vijay and produced by Vishnu Vardhan Induri and Shaailesh R Singh. Hitesh Thakkar and Thirumal Reddy are the co-producers.