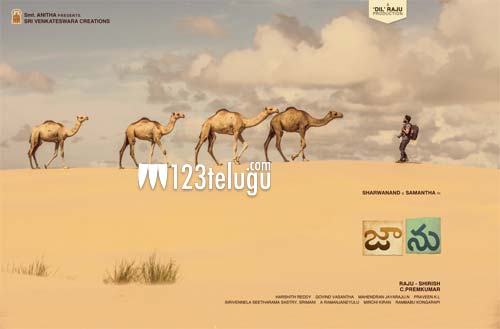 The much-awaited love story of 2020 is surely the Telugu remake of Tamil hit film 96. The original starred Trisha and Vijay Sethupathi in the lead and bowled over both the audiences as well as critics. With Sharwanand and Samantha pairing up for the first time to recreate the film in Telugu, under the direction of C. Prem Kumar who helmed the original, work has been on for a while now and the actors have begun shooting as well.

The first look and title of the film have finally been announced today. The film is titled Jaanu in Telugu, after the onscreen name of the female lead. A glimpse of Sharwanand on a desert with a long line of camels is what they have offered in the first look.

Produced by Dil Raju, the film has music by Govind Vasantha.