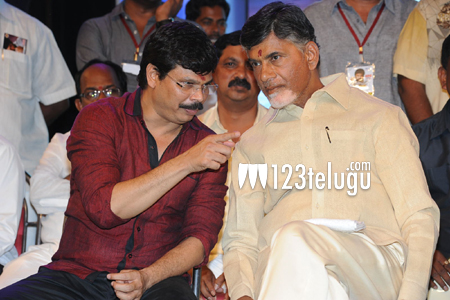 In the wake of the ongoing reports that popular director Boyapati Sreenu will be entrusted with the job of directing the upcoming Krishna Pushkaralu, Boyapati yesterday met Andhra Pradesh’s Chief Minister Nara Chandrababu Naidu to discuss about the various cultural events.

Keeping the tragic stampede that claimed the lives of at least 27 devotees during the inaugural ceremony of Godavari Maha Pushkaralu last year, Boyapati and Chandrababu reportedly discussed the security measures to be taken during the filming of the various events, including the Krishna Harathi, this time around.

It is well-known that Boyapati was given the job of making a documentary film on the various religious and cultural events at Godavari Pushkaralu last year.