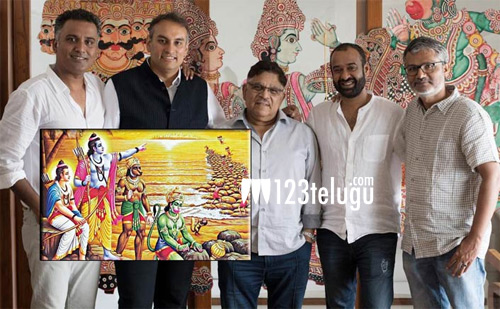 As per the latest updates, Bollywood hunk Hrithik Roshan has been approached to play Ramaa in Ramayan 3D and the actor has given his nod for the project. On the other hand, star heroine Deepika Padukone is in talks to play Sita’s role in the movie.She may come on board in a few days once the initial formalities are worked out.

Ramayan 3D will be shot in Telugu, Tamil and Hindi languages and it will be made as a 3-part trilogy. The film will feature world-class visual effects. Top technicians will be part of this prestigious project.