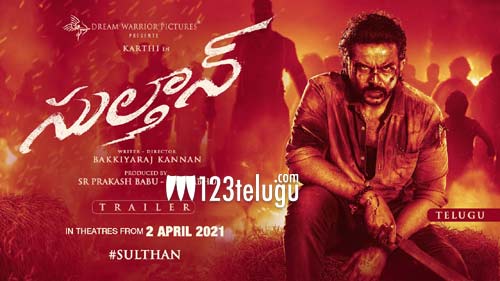 Karthi is a top star in Tamil and also has a solid following in Telugu. That is the reason, all his films get a good release in the Telugu states as well.

Karthi is out with this latest film Sulthan that was out last Friday. The film opened to some dull responses and found it very hard to survive at the box office.

During the weekend and in the last two days the film has seen very low occupancy. The film was sold for 7 crores in Telugu states and has not even made half of the revenue making it a big flop and bringing heavy loss for the distributors.