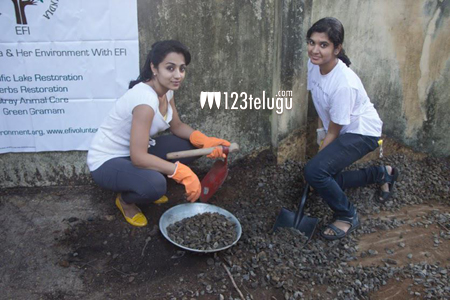 123telugu had already reported about Tollywood sweetheart Trisha’s involvement in Swach Bharat campaign in the premises of an animal home at Kanchipuram in Tamil Nadu. She further nominated hero Vishal, Jiva and Jayam Ravi for the Swachh Bharat campaign which had been launched pretentiously by our Prime minister, Mr.Narendra Modi.

Trisha meanwhile is busy filming for Balakrishna’s film in the direction of newcomer Satyadev. This is the first time that Trisha is sharing screen space with Balayya. This is also a very crucial film for her since she has been struggling to keep up with the new breed of heroines off late.