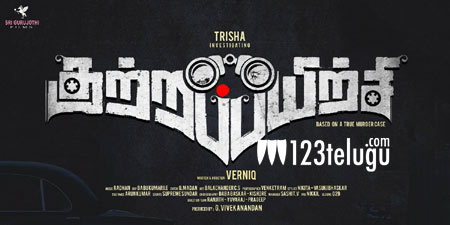 Trisha and Priyamani, two of the most popular actresses down South, are coming together for a Tamil detective thriller titled Kuttrappayirchi. The film is a murder mystery set in the 80s. Trisha plays India’s first woman detective Rajani Pandit’s role.

Kuttrappayirchi is being directed by debutant Verniq, a former associate with acclaimed Tamil finale filmmaker Bala. G Vivekanandan is producing the movie, while Arjun Reddy fame Radhan scores the music. A photoshoot has been planned on February 5 for both Trisha and Priyamani.