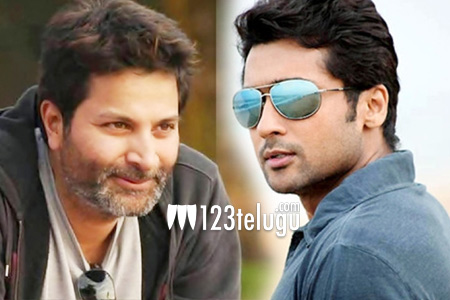 Hero Suriya and director Trivikram have been looking to work together for a while now. The right opportunity has not presented itself so far but according to the latest info coming from Tamil media, a project may be materialising soon.

Suriya is keen on doing a straight Tamil film and Trivikram is interested in making a mainstream Tamil debut. With this project, the aims of both will be achieved and that is why both of them are so keen about it.

After Trivikram completes his current film with Nithiin, a discussion is expected to take place between the two. Lets hope Suriya and Trivikram agree on a script soon so that we can see a true Telugu Tamil crossover.