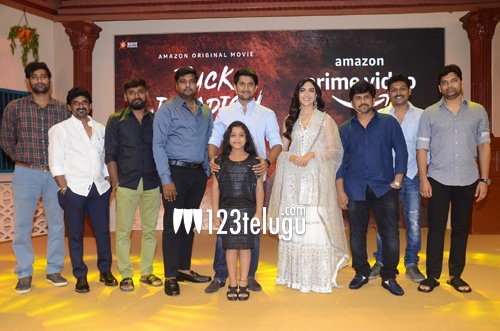 The entertaining and emotional trailer for Nani’s Tuck Jagadish was unveiled this evening. Speaking at the trailer launch event, Nani said the film’s team had shown the trailer to many people and they all had happy tears in their eyes.

Nani further said that we have seen many movies based on family emotions since our childhood, but Telugu Cinema has been lacking in movies that explored the complexities of relationships, especially between brothers, and that Tuck Jagadish will fill that void. “Tuck Jagadish will take you on a nostalgic trip to childhood. It’s a film that happens at our homes,” he added.

Nani went on to say that the question of Telugu audiences not supporting good cinema will never arise. “Even though we felt bad for not releasing Tuck Jagadish in theaters, our team has taken a responsible decision to release it on OTT. I hope the situation will improve in the coming days. I will continue meeting the audience and the media without any breaks from now on,” said the actor.

Jagapathi Babu, Ritu Varma and Aishwarya Rajesh play key roles in this Shiva Nirvana directorial. Harish Peddi and Sahu Garapati are the producers. The film is releasing on Amazon Prime Video on September 10.