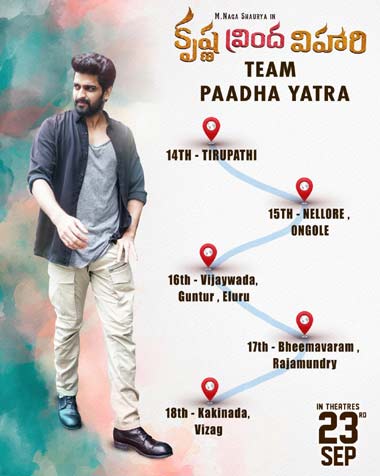 Team KVV has come up with a unique idea to promote the film. The makers have decided to begin Paadha Yatra in 10 cities in Andhra Pradesh. The details are as follows.

This is the first of its kind of promotion in Tollywood. Senior actress Radhika Sarathkumar played a key role in this romantic comedy entertainer. Produced by Usha Mulpuri under Ira Creations banner, Krishna Vrinda Vihari has music composed by Mahati Swara Sagar.