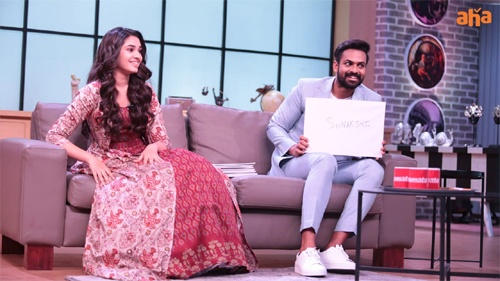 Uppena is a film that was a rage at the box office. Vaishnav Tej made his debut with this film and he impressed many with his acting capabilities.

The film also marked the debut of heroine Kriti Shetty into films. She was one of the major attractions for the film to be a big hit at the box office.

The same pair of Vaishnav and Kriti is going to appear on the screen once again. This time, they will appear on Rana’s show No 1 Yaari on AHA. The duo has already shot for the show.