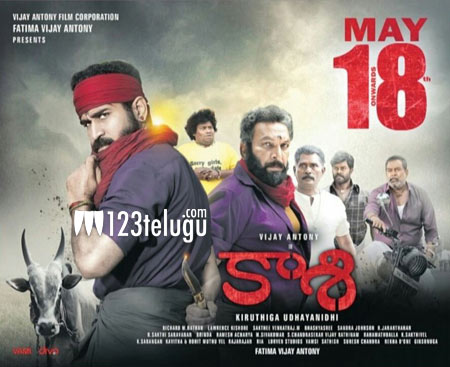 Music composer turned hero Vijay Antony is gearing up for the release of his upcoming film, Kaasi. The Bichagadu actor’s latest movie is an action drama and its titled Kaali in Tamil. The film stars Telugu beauties Anjali and Sunainaa as the leading ladies.

Until recently, Kaali and Kaasi were stuck in a legal tangle as a Tamil distributor moved a city court in Chennai, alleging that he had paid an advance amount of Rs 50 lakhs to Vijay Antony’s wife and Kaasi’s producer Fatima to acquire the film’s theatrical rights. After the court issued an interim stay on Kaali’s release, the Madras High Court had vacated the stay order on the movie, clearing all decks for Kaali and Kaasi’s release.

Finally, both Kaali and Kaasi are slated to hit the screens on May 18. Kaasi is directed by Kiruthiga Udhayanidhi and produced by Fathima Vijay Antony under Vijay Antony Film Corporation banner. Vijay Antony himself has scored the music.