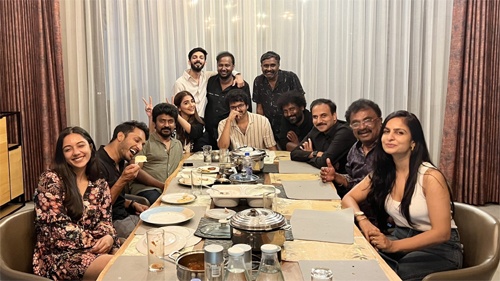 Beast is a film that has disappointed one and all. But as the collections in Tamil Nadu were decent, the film is in a safe zone now as per the trade.

Celebrating the success, Thalapathy Vijay hosted a grand lunch for all the key members of the film. Seen here in the picture are Anirudh, Pooja Hegde, director Nelson, and the other key members.

Meanwhile, Nelson, who was blasted for his work has posted a long message where he thanked Vijay for showing faith in him. Beast was produced by Sun Pictures.