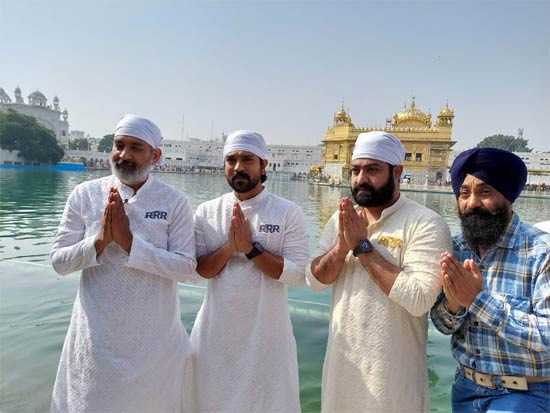 As the RRR movie is not far away from the release date, the director and actors have been visiting several cities to promote the biggie. As a part of that, SS Rajamouli, Jr NTR and Ram Charan reached Amritsar this morning.

Before their interaction with the local media, the trio has visited the divine place, The Golden Temple, located in Amritsar. They wore white pyjamas and entered the shrine to seek blessings. The makers have released a video of the visit and it has gone viral on social media in no time.

The biggest action drama, produced by DVV Entertainment on a grand scale has star actors in pivotal roles. MM Keeravaani took care of the music of RRR, scheduled to hit screens this Friday across the globe.