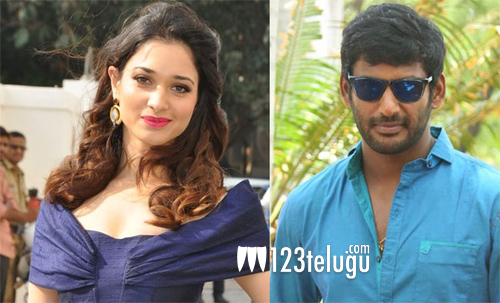 Vishal, Tamannaah starrer Action is all set to hit the screens in November, and ever since the trailer was unveiled, the expectations have shot up. Directed by Sundar C, the slick action thriller has been produced by Ravindran under Trident Arts banner.

The film narrates the story of Colonel Subhash, who must go on an international mission to nab a terrorist. A major portion of the film was shot in Turkey and the makers have spent a bomb on the action sequences alone. Both Vishal and Tamannaah have done risky stunts in the film, and the trailer gives a clear glimpse of how thrilling the action choreography is going to be.

Aishwarya Lekshmi and Aakanksha Singh too have played key roles in the film, along with popular Tamil comedian Yogi Babu. More details about the film will be revealed soon.