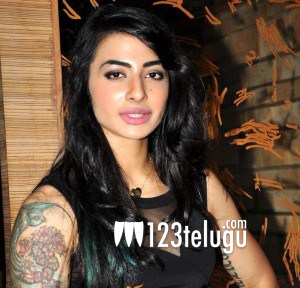 Gurbani Judge, who goes by the name of VJ Bani, is known for hosting the pan-India famed show, MTV Roadies. According to the latets update, she will be seen in an important role in Sai Dharam Tej’s upcoming flick, Thikka.

Apparently, she will be seen as Rajendra Prasad’s girlfriend. Meanwhile, Thikka’s audio was launched yesterday and the tunes have already become chart busters. The film will be hitting the screens on August 13th.