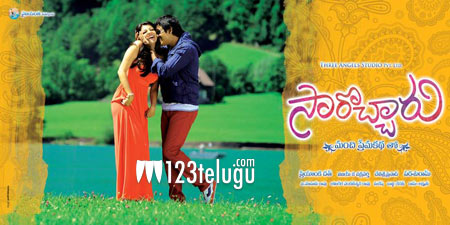 Mass Maharaja Ravi Teja is at a very crucial stage in his career now. He has been going through a lean patch for a while now and he is trying something new with his upcoming film ‘Sarocharu’. The film seems to have a classy romance as its central theme and Ravi Teja is going to be seen as a football coach in this movie.

With Parasuram’s recent form and the production values of a big producer like Ashwini Dutt behind him, Ravi Teja has a good chance of getting back his glory days. Music director Devi Sri Prasad has given a good musical album for this movie.

Kajal Aggarwal and Richa Gangopadhyay will be seen as the heroines opposite Ravi Teja. As of now, the film is gearing up for a release on the 21st of this month.