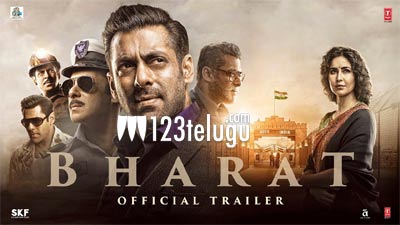 Bollywood superstar Salman Khan has set an enviable record. The actor’s latest film, Bharat, has surpassed the Rs 100 crore nett milestone on Saturday. With Bharat, Salman has scored his 14th straight Rs 100 crore club, a feat no other Bollywood star could manage to pull off.

Bharat opened in cinemas on the Eid festive day and received decent to average reviews. However, fans have lapped up the film and this in turn has helped the film to topple several opening records. Until Friday, Bharat collected Rs 93 crore nett at the theaters across india. The film has entered the Rs 100 crore club by the matinee shows on Saturday. Trade analysts are predicting that Bharat will collect close to Rs 118 crore by Saturday night.

Bharat also stars Katrina Kaif, Disha Patani, Sunil Grover and Jackie Shroff in key roles. The film is an official remake of the Korean film ‘An Ode To My Father’. Ali Abbas Zafar has directed the movie.