Yet another much-awaited Hindi film goes to Netflix
Published on Sep 3, 2020 1:00 pm IST 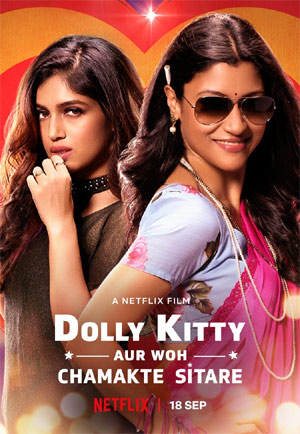 Netflix is bagging some of the biggest films in the last few months. After the likes of Gunjan Saxena, yet another film that is most awaited has gone to Netflix now.

The latest we hear is that the Bhumi Pednekar and Konana Sen Sharma starrer, Dolly Kitti Aur Woh Chamakte Sitare will go to Netflix now and will be out on the 18th of this month.

The film has a solid premise and is based on a real-life story. Directed by Alankrita Srivastava, this film is a fun drama with a lot of twists and turns.