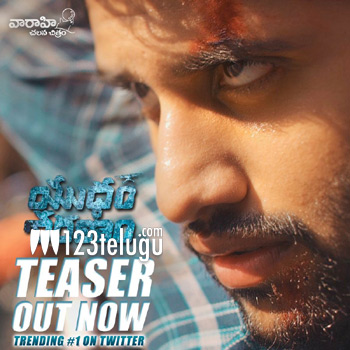 The much-awaited teaser of Naga Chaitanya’s upcoming romantic action thriller, Yuddham Sharanam, is out just a while ago and it is leaving fans thrilled. Chay’s stylish look and intense voice-over have been received well by fans.

The intense and dramatic teaser showcases Chay narrating how his beautiful life turned upside down. Then follow a series of visuals involving the baddies and the film’s antagonist, senior hero Srikanth. The film’s story seems to be Chay’s war on the man who took away his happiness. Vivek Sagar composes a riveting background score.

Yuddham Sharanam stars Lavanya Tripathi as the female lead. Debutant Krishna Marimuthu is the film’s director and Sai Korrapati is the producer.