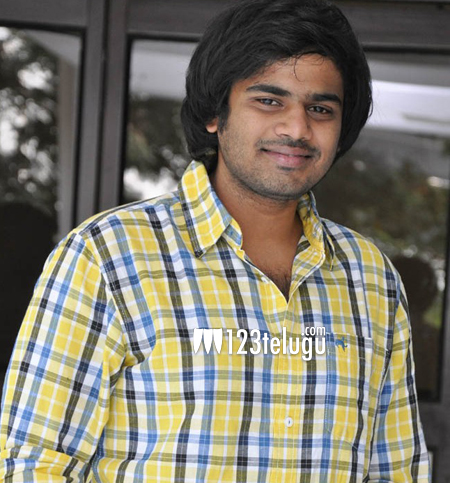 Directed by Chandrashekar Reddy, ‘I am in Love’ features young stars Kiran and Priyanka in lead roles. Produced by Sujan, this romantic entertainer is slated for on October 24th release. On this occasion, we caught up with the film’s hero Kiran for a brief chit chat. Let’s see what he has to say.

After completing my B.Tech in Chennai, I did a course in Annapurna International School of Film and Media. I met director Chandrashekar through a common friend, and as he liked my portfolios and show reels, he offered me this film.

Tell us something about your character in this film ?

I play a Radio Jockey (RJ) who solves love problems of his callers. Priyanka who performed in few dance reality shows is debuting as the female lead in this film.

What is this film all about?

This film depicts the story of a guy who comes across different consequences in life after saying a lie to win his love. It is a clean romantic entertainer devoid of any double meaning dialogues.

Who is your inspiration to get into films?

I am a big fan of Megastar Chiranjeevi and he is my inspiration.