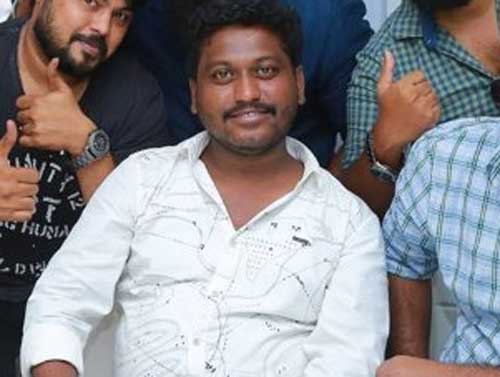 Meka Suri is a film that impressed many with its bold narration. The second part is also out on Zee 5 and on this occasion, we caught up with the director Trinadh Velisala for an exclusive Interview. Here is the transcript.

How was the response to the first part of Meka Suri?

The response was amazing. Personally, I would have loved a theatrical release but I am happy that the film was liked by many. Some of the noted people like Sai Korrapati, Sree Vishnu, and Nara Rohit messaged me for Meka Suri. Also, the second part is also live now and there are already messages pouring in for my work and the rustic nature of the film.

Did you always want to make such a raw film?

Yes, I was. A section of the audience always complains about why our Telugu directors never make films on a rustic note like the Malayalam and Tamil films. So, for all those, Meka Suri is the answer. It is the story of a butcher who faces problems in life. The film is based on a real incident and we have narrated it on a dramatic note and be realistic with the approach.

How is Meka Suri 2 going to be special?

As you all know the film is a sequel to the first part. There are a few crazy twists in this second part which will thrill everyone. Also, the character of Meka Suri will be showcased from another angle altogether which will be a good experience to watch. I always wanted to narrate this film in two parts as there was too much to tell in the story. I can guarantee you that no one has tried such a realistic approach to date in Tollywood.

About Zee 5 releasing the film?

I will be indebted to Zee 5 all my life as they took time and watched this film and felt that it should have a good release. If no for them, my films would have seen a lot of issues of release. The reach of Zee 5 is huge and the number of people watching my film is huge which makes me so happy.

I am from Vijayawada and lost my father when I was in the intermediate. That was also the time, I decided to get into films. I put my life at risk and came to Hyderabad to make films. It has been ten years since I have come to the industry. There is no problem that I have not seen here. Right, from food, house, to insults, I have seen it all to make my first film.

After working on several films as a writer and assistant director, I felt confident and decided I should make my first film. As the script was ready, I met a few producers but things not happen. So, I decided to produce the film myself along with my friends. Along with another banner, we have gone ahead and now here I am with the second part of the film.

What was your inspiration to get into films?

I am a huge Christopher Nolan fan and love his work. In fact, he was the inspiration to get into films. In Telugu, I love directors like Sukumar and Koratala Siva a lot, and have learned so much from them.

After Meka Suri, a number of banners have approached me. I am also in talks with a few heroes for my next but there is nothing confirmed as of yet. Finally, I am here to do all sorts of films. First, I choose the genre and then think of the story which I will make and I also have a few scripts ready for the future.