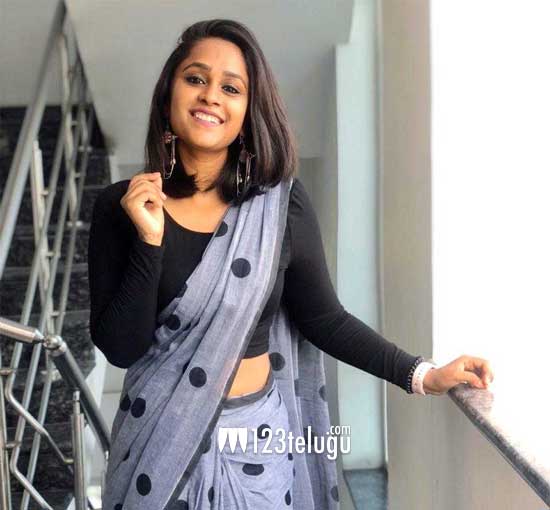 Continuing the lockdown interview series, today, we bring you an exclusive interview with the upcoming costume designer and stylist Gauri Naidu. In a detailed conversation, we spoke to her about her career, costume designing for mega heroes and much more.

How has the lockdown been treating you?

Initially, I was feeling a bit agitated to stay at home but now I have started my own Youtube channel and am quite busy with it. The government has put the lockdown only for our good and we need to obey those orders to be safe in life.

I am from Vizag and was working as a programmer analyst in Tech Mahindra. I always had this passion for fashion and costume design and wanted to launch my own store. But my aspirations towards fashion design made me leave my job and do a one-year course in fashion designing.

It happened because of Madhura Sreedhar garu. I got a call from his office to come and assist Niharika’s mother who was designing for her in Oka Manasu. That is how I entered the industry and worked on that film. I was mostly assisting in that film but that was my first ever experience on a film set and I learned a lot.

Tell us your journey with mega camp?

Post working on Oka Manasu, I got a call from Ram Charan’s office to come and meet them. There I found out that they wanted me to assist Charan’s sister Sushmita garu for Khaidi No 1. She was doing costume designing for Chiranjeevi sir and I started assisting her.

Any memorable experience with the megastar himself?

I still remember the first day I got introduced to him. I was in a lot of tension and mumbling in front of him. Then he calmed me and asked to relax. Once we were done with the release, Sushmita garu called and was asking about the response. Then suddenly, Chiru sir took over from her and congratulated me on my work and said that I would go a long way in my career. This was the best moment of my career.

As Sushmitha garu was also doing Rangasthalam, I got a chance to work with Charan also. This time, it was a period drama and the costumes played a special part. We worked very hard on the project and Sukumar’s set is always busy with work. Charan sir is a sweetheart and gives utmost respect to all the technicians. My interaction with him was also quite precious.

How did you get a chance of working with Anasuya?

It was on the sets of Rangasthalam that I met Anasuya. From there, we hit it off and that is how she asked me to design for her. She is a beautiful actress who can carry off any costume. She is a costume designer’s delight and I try a lot on her styling. She gets trolled too but we learn a lot from these comments and try to do better.

Tell us about your solo projects?

After Rangasthalam, I did Niharika’s Suryakantham and now am doing Akshara. But the big chance came form Harish Shankar garu. He saw my work and asked me to come on work on a special song that was being done on Telangana culture. He liked my work and offered me Valmiki, One can say that it is my big solo project as a costume designer.

Working with Harish Shankar on Valmiki?

The film was a remake and had a special tone. I sat with the director and cameraman and decided what look should Varun have and what color costumes he will wear, Valmiki was the film which I went all out and my work was appreciated a lot by many. The costumes, in particular, were highlighted by many and getting things done on the set was quite hectic.

Do you think, costume designers have an important role in films?

Nowadays yes, times have changed as the directors and actors have good knowledge of costumes. If it is a period drama or any particular unique subject, costume designers play a big part. There are many seniors in the industry whom I look up to and have learned a lot from there.

Difference between a costume designer and stylist?

Apart from Telugu, who do you want to design for in Bollywood?

I like Nayanthara and Sai Pallavi’s style and want to design them in the future. I love Ranveer Singh’s wacky sense of dressing and would love to dress him up. Deepika has an amazing style and would like to work with her as well.

With that, we ended our exclusive interview with Gauri and wished her the best of luck for her future projects.