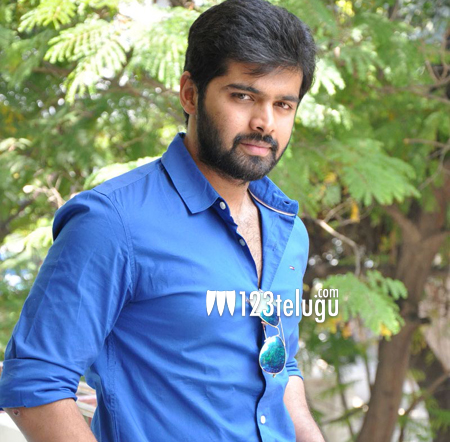 After bringing some successful movies like Eega, Legend, Oohalu Gusa Gusalade and Andala Rakshashi, producer Sai Korrapati is bringing his latest project Tungabhadra. It is gearing up for its release on 20th of this month. Adith Arun and Dimple Chopde are the leading pair in this film.We have caught up with hero Adith Arun for a brief interview. Lets see what he has to say

Q) Tell us about your journey in the film industry?

While doing journalism and photographic courses in Chennai, I got an offer to act simultaneously in Tamil version of Happy Days and Katha in Telugu. After doing these two movies, I got offers in Tamil and got busy over there. I am confident that my latest Telugu project Tungabhadra will give a good break for me in Tollywood.

Q) Tell us about ‘Tungabhadra’ movie ?

This movie is not related to the river Tungabhadra but this is a love story which involves the issues related to politics between two groups of an area. The director has showcased all the elements with lot of ease and shot most part of the movie in real locations.

Q) Tell us about your role in this flick?

I appear as village boy Srinu and my role has many dimensions with lots of entertaining elements included in it. I have completely changed myself for this role. I tried to give myself a rough look in this flick..

Q) Tell about the role of Satyaraj in this flick?

Satyaraj did a phenomenal job and his role is a major attraction in this flick. He will be seen as a political leader and the director has designed his role with good care and all his scenes were carried out well. Satyaraj has opted out of Mahesh Babu’s film due to his commitment to this project.

The story and the narration are the major assets to this movie. The production values are also one of the major highlights in this film. Satyaraj’s character is the best thing for this movie. The music also gives an added advantage.

I am currently acting in a bilingual movie which will be released in Telugu as ‘Nee Vype’. I am also listening to some scripts and will confirm once I finalize any new projects.