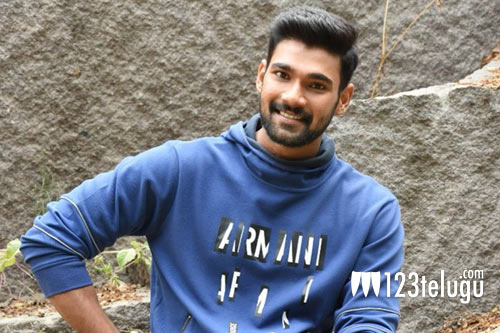 Bellamkonda Srinivas is back with another action entertainer titled Kavacham. As the film is ready for a release this week, we caught up with Sai for a detailed interview. Here is the transcript.

How disappointing was Sakshyam’s failure?

I was very upset and did not come out for close to four days. I worked very had for the film and had so many hopes on it. I received good applause for my performance but the end result was very disappointing.

Why are you only doing action entertainers?

Right from my childhood, I have always been inclined towards action films. I feel that love stories are one and the same and an actor cannot do more love stories in his career. But when it comes to action films, there are different genres and one can showcase themselves quite well in these so-called action films.

Working experience with a new director?

Srinivas has worked as an associate for films like Gopala Gopala and Drushyam in the past and has good experience. He surprised me and Kajal with his conviction and clarity on the script and narrated the film in a superb manner.

Why are you only working with senior heroines?

What is wrong in that. All of them whom I have worked with are stars and who wouldn’t want them to be a part of your project and bring even more exposure. Now, I am used to working with star heroines and all of them have become good friends.

What can we expect from Kavacham?

The story happens in 24 hours. I play a cop for the first time in my career and the film is all about how a cop fights all the illegal cases which are blamed on him. From the second half, the film takes a serious turn and becomes super interesting.

What is the status of Teja’s film?

The talkie part of the film has been wrapped up and only the songs are balance. We wrapped up the film in a quick time and the team is planning to release the film in March as a summer special.

I have okayed close to three films and will announce them on my birthday in January.