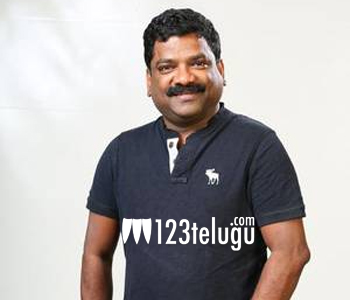 Icon Star Allu Arjun’s upcoming movie, Pushpa is ready to hit the screens on December 17th. On this occasion, we met with the film’s lyricist Chandra Bose garu for a brief interview. Here is the transcript.

I have had a good relationship with Sukumar since Arya’s days. Working with Sukumar is quite different from the others. He has a good command of the literature and it’s not an easy task to satisfy him. He is quite clear of what he exactly wants for his movie.

About penning songs for Pushpa?

Though I wrote many songs for Sukumar films earlier, I felt it was difficult to write songs for Pushpa. The reason is the characters in the film speak in the Chittoor dialect. So, I learned the dialect and researched the words used in Chittoor. The results are the hit songs, which are now entertaining you. Pushpa’s songs have challenged me like never before in my entire career.

About the item song?

Pushpa too has an item song like in other Sukumar movies. It will be better than you expectations. I felt so happy after receiving so many calls regarding the songs, especially the lyrics of ‘Dakko Dakko Meka’ song.

Difference between Ragasthalam and Pushpa songs?

Rambabu and Pushpa Raj are different characters and the songs are also based on their characterizations. The songs in Pushpa are also meant to strengthen the lead character like in Rangasthalam. I didn’t write songs for Rangasthalam. They just happened in a flow. The situations in the film created those songs and I penned them on paper when only Sukumar asked for lyrical sheets. I never faced this kind of situation in my 27 years of career.