Interview Gautham- Manu will be a turning point in my career
Published on Sep 5, 2018 3:35 pm IST 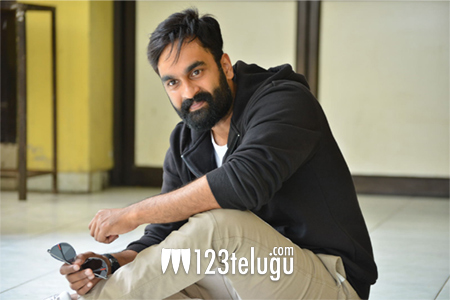 Brahmanandam’s son, Gautam is testing his luck once again with the film Manu. On the occasion of the film’s release, we caught up with him for a detailed interview.

How did you bag this project?

I happened to watch a short film direct by Phani and liked it very much. I met Phani and appreciated him personally and shared a close relationship with him since then. One fine day, he narrated me the script of Manu and I was bowled over. A month passed and I got a call from him saying that I will be playing Manu in the film. Since then, we have come a long way and it has been three years since this project went on floors.

What was your dad’s reaction to this film?

Post the failure of Basanti, I kept to myself. Dad clearly knew that I was working on a project which I liked personally. Apart from this, he never asked me any question and I too did not reveal any details about Manu. I always wanted to make a comeback with a different film and as times are changing, I hope my hard work will be appreciated with Manu.

How did the crowd funding thing happen?

As soon as we decided to make the film, we approached several producers in the industry. None of them approved the script and told us that the film is way too experimental. This is the time we thought of crowd funding and posted the details on Facebook. Within four days, we got 1 crore and from that time, close to 115 people have contributed to the film.

What kind of problems did you face during the making the film?

The entire team never discussed the remunerations and how much time is being invested. The only thing which was on our mind was that the film needs to work at any cost. Now, we are ready with the film and everything rests in the hands of the audience who will decide our fate this Friday.

Don’t you think you have risked your career for three years for just one film?

Yes, I have. But all that is only because of the belief on the script. I have gone through so much mental and physical pain through the making of this film. I never bother about success or failures but only think about what to do next in life. Having said this, I feel that Manu will surely work for me.