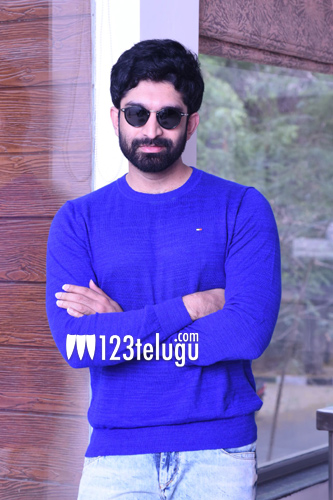 Young hero, Havish is coming up with an engaging thriller called ‘7’ which is up for a release. On this occasion, we caught up with him for a detailed interview. Here is the transcript.

Why are you not releasing the film on a non-Friday?

As it is Eid on the 5th of June, we decided to release the film so that we will have a long weekend.

Does the film has any similarities with Yerra Gulabilu?

No, the film has no similarity with that film. The movie is going to be on the lines of Ekkadiki Potavu Chinnavada. There are six heroines and the film will be quite colorful.

Why has the film been delayed so much?

There are so many films which are being released nowadays. That is the reason we started the promotions long back. We wanted to inject the theme of the film to the audience so that there will be good awareness about the film.

What made you choose a thriller?

Frankly speaking, I was not interested in doing a thriller because I am not a fan of thrillers at all. But when this script came to me, I loved it and said yes to the project right away. Our thriller is very different as it has so many different which have been narrated in a gripping manner.

How was the experience of working in Tamil?

Why are doing fewer films these days?

Initially, I was supposed to do a big film but the makers chose some other hero in the last minute. That is the reason the delay. But now, I have signed three films in my kitty.