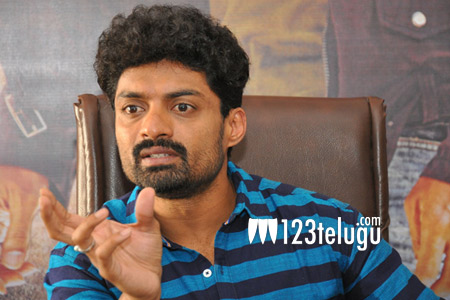 Kalyan Ram has become the talking point all over for his six pack look that he sports for his new film ISM. The Puri Jagan directorial is up for a release tomorrow and we caught up with the Nandamuri hero to talk about it. Here is the transcript.

How different is ISM from the regular social entertainers in the past ?

The way Puri sir has dealt with the subject is quite interesting. Especially the climax and end of the film will be very shocking and new.

What was the need of sporting a six pack ?

It was personally done for my fitness. Also, my character in ISM is very strong mentally. To make it, even more, better and saleable, we made it even more stylish.

Inputs from Puri for ISM ?

The whole time, Puri sir said that my role in the film is exactly like me in real life. He asked me to behave as natural as possible. I had a wonderful time with Puri as his working style is quite chilled out.

How confident are you about the film ?

I am super confident about the film. The teaser is just a sample of what is in store in the film. I am pretty sure that you will be shocked after watching the film.

Will you try different films from now on ?

Yes ! times have changed big time and we need to adjust to it accordingly. I have made up my mind and will only do different films from now on.

He has extracted the complete actor from me for this film. The way he has showcased me in the film and dealt with on a personal level is the biggest experience that I will take back home after ISM.