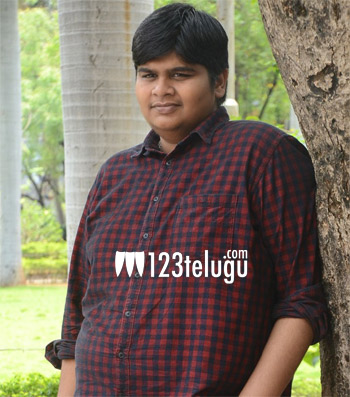 Karthik Subbaraj of Pizza fame has come up with his new film Mercury. The interesting aspect of the film is that it is a completely silent film. We caught up with the film’s director to find out more details about the film. Here is his interview.

Why did you choose to make a silent film?

I was always fascinated by Kamal Haasan’s Pushpaka Vimanam during my childhood. I always wanted to make a film with no dialogues and as I found a perfect script, I felt that I should make a silent film.

Is this film inspired by Don’t Breathe?

Many have been asking me the same question after seeing the trailer. This film is a direct film and is set amidst a chemical reaction kind of a set up where Prabhu Deva plays the main villain.

What made you choose Prabhu Deva?

Whenever I write my characters, I always have someone in mind. But for this role, I just wrote the basic character and then chose Prabhu sir. I felt that he has never done such a negative role in his career and it will be a huge shock for the audience to see him like that for the very first time.

As the film is silent. What will be the major highlight of the film?

Sound design will be the biggest asset of the film. The way Santosh Narayan has composed the background score will give goosebumps to everyone. Also, the camerawork by Thiru will be yet another highlight of the film.

Tell us about your film with Rajinikanth?

It has been a dream come true to direct Rajini sir. I am currently scripting for that film which will be a complete action drama. The shooting will kick start in the next two months or so. I cannot wait to showcase Rajini sir in a very interesting manner.

Which Telugu film impressed you the most in recent times?

I recently watched Arjun and was blown away by the narration of the film. I do watch many regular Telugu films and wish to direct a Telugu film very soon.

As of now, my entire concentration is on Rajini sir’s film. I am going all out for it as I will never get a bigger chance and I want to make the most of it.