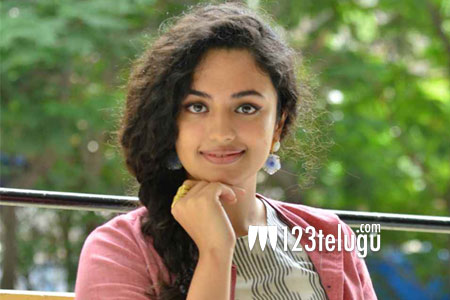 After a brief gap, Malavika Nair is back as the leading lady in the upcoming release Vijetha. On the occasion of the film’s release, we caught up with her for a brief interview. Here is the transcript.

How is Tollywood treating you?

As of now, everyone has been very polite and have been very encouraging. I am getting decent offers here and once I complete my graduation, I will be focusing more on my career.

Tell us about your role in Vijetha film?

I play a very middle-class girl in the film who is very confident about her life and surroundings. My role is completely opposite to that of the hero’s who is a loafer and does nothing other than sitting at home.

What made you choose such a small role in Mahanati?

I only did the film because of my association with Nagi whom I did Yevade Subramanyam. Also, I wanted to somehow be a part of Savitri guru’s biopic and that is why I accepted that part. As the film’s length was a bit too much, my scenes had to be deleted.

How was it working with debutante Kalyan Dhev?

Kalyan is a very simple person to talk to and I had a great time working with him. He is very hard working and focused on what he is doing. He has a lot of pressure riding on him and he is doing everything to make his debut film work.

As of now, I have only Taxiwala and a Tamil film in hand. The film has come out quite well and I am confident that the father and son story will connect with everyone.