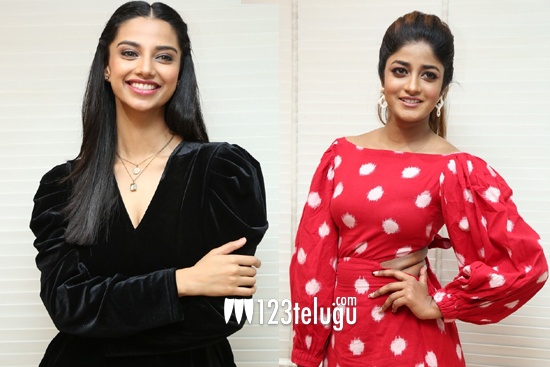 Tollywood actor, Ravi Teja’s upcoming movie, Khiladi, directed by Ramesh Varma is all set to hit the screens on February 11, 2022. On this occasion, we met with the film’s actresses, Dimple Hayathi and Meenakshi Chaudhary, for a brief interview. Here is the transcript.

How did you get a chance in Khiladi?

When I came to know that Ravi Teja is the hero in Khiladi, I immediately agreed to do this movie. His comedy timing is amazing and perfect. I am really happy because I got this biggie as my second film.

About your characterisation in Khiladi?

The Heroines’ characters in Ravi Teja’s movies are related to the story. We can’t judge a character immediately because a movie is a pack of different commercial elements and emotions. Though there is an intimate scene in the trailer, it’s all part of acting and there is nothing beyond that.

Saying dialogues in Telugu is a big task for me but I worked hard to pronounce Telugu. Ravi Teja advised me to take some time when I feel uncomfortable while shooting some scenes. I enjoyed working on this movie. Besides, Dimple Hayati is a good actress and I love her self confidence and easy-going personality.

HIT 2 is my next Telugu movie and in the meantime, I also acted in a Tamil movie, Kolai, with Vijay Antony. A couple of movies will be announced very soon and I am not a part of Salaar.

How did you get a chance in Khiladi?

Someone sent my Instagram pics to the director, Ramesh Varma. Later, he met me and narrated the story and when I came to know that my character has equal importance with Ravi Teja’s, I immediately signed the project.

Tell us about your working experience

Luckily, I got a chance to work with Ravi Teja. When I heard that my role in the film is equivalent to that of the actor, I felt a bit nervous but agreed to do it. I never portrayed this kind of role in any other movie. I danced to 3 songs that are unique in their ways. I am satisfied as an actress for doing this movie. After watching this film, everyone will realize that the female leads are well-written characters.

He is a great director and when he narrated me the story, I wondered whether he was capable of shooting what he explained. He directed the movie very well. He asked me to lose 6 Kgs of weight for the Catch Me song.

Tell us about Meenakshi Chaudhary?

She is a very hard-working actress. Initially, I thought that she is a reserved person but she is very friendly to me on and off the sets.