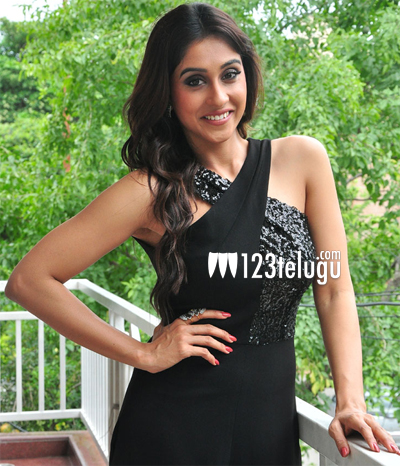 Happening beauty Regina Cassandra is awaiting the release of her upcoming film Subramanyam For Sale, which has Sai Dharam Tej in the lead role. On the eve of the film’s release this 24th, we caught up with her for a brief interview. Let’s see what she has to say.

Q ) What are your expectations on Subramanyam For Sale ?

I am very confident that Subramanyam For Sale will become a bigger hit than Pilla Nuvvu Leni Jeevitham. Director Harish Shankar made the film a perfect commercial entertainer with family drama, romance and action elements.

Q) Tell us briefly about your role in the film ?

I play the role of a traditional and innocent girl named Sita. This role is very special to me and I am confident that it will earn me more credit as an actress.

Q) It seems you increased the glamour dose in this film. What was the reason behind this ?

I have no idea about the glamour roles and I feel that glamour is quite different from skin show. Harish Shankar designed my character in a beautiful way which made me look glamorous.

Q) How was it working with Sai Dharam Tej for the second time ?

Sai and I share a good rapport. We discuss a lot of things while working on sets and it was a great experience to share screen space with him for the second time.

I am very lucky to dance in the remix of such a super hit song. I danced with a lot of energy for all songs in this film.

Harish Shankar is a very determined filmmaker who has got a lot of clarity regarding all aspects required for a film. He gave his best for this film.

Q) What are the major highlights in Subramanyam For Sale ?

Subramanyam For Sale is a film for all sections of audience. There is love, action, emotion and drama in the film. Mickey J Meyer’s music will be one of the major highlights in the film.

I am getting a lot of offers in Telugu and Tamil. Two new projects are under production and my Tamil film with Sundeep Kishna will release in December.