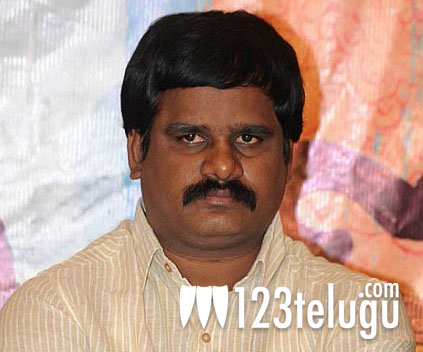 Vamsi Krishna Srinivas is a man who is clear about his goals and expectations. He wanted to make his entry into the film industry as a Director, but fate played a different hand and he ended up as a Producer. We caught up with the producer for a short chitchat and here is the excerpt from the interview.

Q) Solo is about to release soon. What are your expectations from the film?
A) The movie is going to be a complete family entertainer and this film will be a landmark for Nara Rohit. The movie has shaped up exactly like I wanted it to. Mani Sharma’s tunes have become a major asset.

Q) What are the major highlights of this movie?
A) Each and every aspect of the movie is going to be a highlight. There will not be any boring moments in the film and you can happily watch Solo with your entire family. We have not objected to any censor cuts.

Q) How did Solo happen?
A) Films have always interested me since childhood. I have even joined the Pune Film Institute to achieve my aim of becoming a director. But I had to settle down in business due to some personal reasons. My dream of associating myself with the film industry has come true with Solo.

Q) Any friends and well wishers in the industry?
A) Dr.D.Ramanaidu is my role model. I look upto him a lot and I admire his family members. Danayya, Suman and Srihari have encouraged me a lot and provided support.

Q) How did Rohit and Nisha Agarwal perform?
A) Nara Rohit’s controlled performance and body language will surprise everyone in this movie.His voice is an asset and his true potential will be revealed with this movie. Nisha Agarwal is not a native Telugu speaker, yet she did a terrific job.

Q) Any rationale behind choosing the title Solo?
A) The title ‘Solo’ is very apt for this movie.The hero is an orphan and his character is very unique. Dialogues between Jayasudha and Prakash Raj are going to be a highlight. Ali, M.S.Narayana and Srinivas Reddy have done a magnificent job with the film.

Q) Will Solo send out any message to the audience?
A) Yes. Solo will highlight the importance of family values and traditions. The movie will show how important it is to not hurt your parents in the name of love. If you love someone, convince your parents and win their approval, no matter how difficult the situation is. Solo is all about that.

Q) What are your future projects?
A) My second picture has already started. It has Allari Naresh, Sarwanand, Shreya, Brahmanandam and Ali in key roles. Shooting is progressing well and a major part of the movie has already been shot.