Interview : Srikanth Addala – Emotions in Narappa will move you to tears
Published on Jul 19, 2021 9:48 pm IST 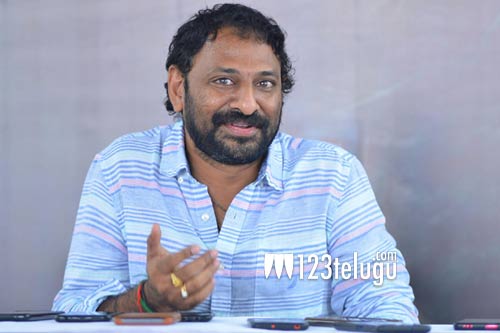 Narappa is ready to release tomorrow and on this occasion, we have spoken to the film’s director Srikanth Addala about the film. Here is the transcript.

You have surprised everyone with your mass angle in Narappa?

I am so thrilled with the response the trailer has received. This film will prove that I can make an action film as well. I feel that emotion is important and once you get that right, things will fall in place automatically. The same happened with Narappa as well.

What changes did you make to the original?

Some classics should not be disturbed and I did the same. Except for the basic nativity changes, I did not touch the film more. The emotions of the original are intact.

Venkatesh and Suresh decided to remake this film and were busy with the story and remake discussions. I went there on separate story discussions and came to know that they are looking for a director. I directly approached Suresh Babu and said I would love to direct the film. He discussed with Venky sir and other producers and fixed my name.

You have only done family dramas. How tough was it to do an action film?

Narappa is a complete family film as well. The only difference is that there is a lot of action. But all this happens due to the family drama which is my strength. So, that is the reason, I picked up this remake. Making this film was quite challenging for me and especially getting the emotions right was tough.

How disappointed were you with the OTT release of Narappa?

I was totally upset with the digital release. Not once did I thought that the film would go to OTT. One fine day, I was told by the makers that we are going the OTT way and I couldn’t sleep for the next two days. I made Narappa like a huge film and now that things are uncertain, we had no option. Even Venkatesh was hugely disappointed.

Tell us about Venkatesh’s role and performance in the film?

Venky sir has gone all out for this film. We had a single schedule of 60 days and the manner in which he gave full dedications shows his class. You will see a new Venkatesh with this film as he has given an award-winning performance and he will move you with his role.

What are your upcoming projects?

I am doing a trilogy film as of now with Geetha Arts. The film is being set in the ’70s and ’80s and will have a huge span. I am busy with the pre-production as of now and the final announcement will be made soon.

What’s your take on the whole OTT culture?

We are in the best phase of filmmaking. One should have talent and if he has stories ready, there are so many who will give us the opportunity. There is a lot of work for everyone and one should be ready with good content and things will fall in place.