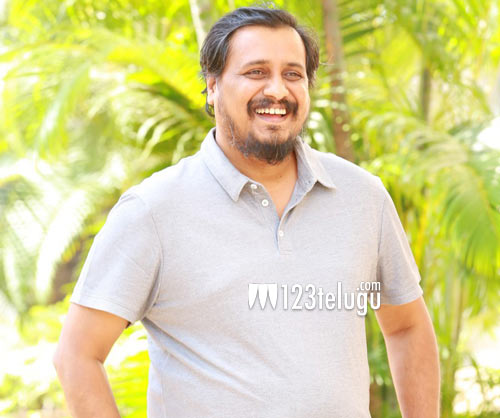 Power Star Pawan Kalyan’s eagerly awaited comeback film, Vakeel Saab is all set to hit the screens on 9th April. On this occasion, we had a brief chit-chat with the film’s director Sriram Venu. Here is the transcript.

Working with Pawan Kalyan Garu is like a lifetime memory for me. Though I used to be quite tense on the sets, once Kalyan sir arrives, he used to bring a smile to my face and there was a positive vibe created.

Q) How did you manage to polish a serious subject like PINK by not ignoring Pawan Kalyan’s image?

I took time and narrated the complete script to Kalyan Garu in three to four sittings. I and my team worked hard in writing the Telugu version in a commercial format without missing the core soul.

Q) How did you balance Pawan Kalyan’s stardom?

The film will also have elements that are required to satisfy Kalyan sir fans. Being in the industry for almost 10 years, I too have an idea of what will work with a star like Pawan Kalyan and did the screenplay accordingly.

Though we are saying content related to woman empowerment, keeping trade and Kalyan sir image in mind, we went ahead with Vakeel Saab.

Q) About the three girls, who did the key role in the movie?

Nivetha Thomas, Ananya Nagalla, and Anjali did a superb job in their respective roles. Even Shruti Haasan did her special role in a nice manner.

Q) Is ICON with Allu Arjun is still on cards?

Yeah, it is definitely on the cards but can’t say when it will go on the floors.

As of now, my focus is completely on April 9th, and am eagerly waiting for the film’s release.