Interview : V.V.Vinayak – I want to give Pawan Kalyan a bubbly characterization
Published on Jan 18, 2013 2:00 am IST 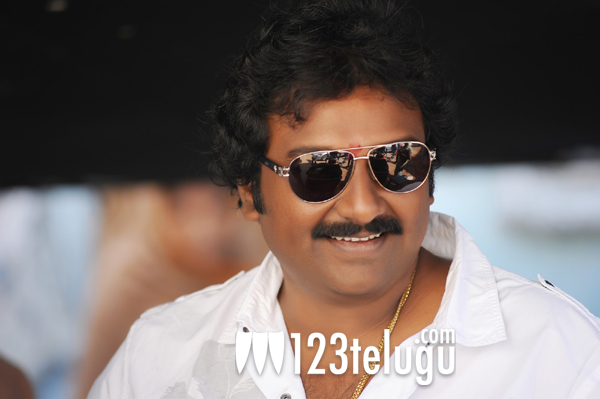 Director V.V.Vinayak is known for his action entertainers. He scored a hit recently with the movie ‘Naayak’ and he is very happy with the film’s commercial performance. Vinayak spoke with the media today about Naayak and about his upcoming projects. He also had a few things to share about his plans for Pawan Kalyan. Here is an excerpt of his conversation.

Congratulations for the success of Naayak
Vinayak : Thanks (smiles)

Q. How is the response to the film? Is it in line with your expectations?
A. I was a little worried on Day 2 when collections dipped a bit. But it was due to the weekday effect. Collections started rising phenomenally from Jan 13th and the movie has pulled in a share of a whopping 31 Crores in 1 week. It has reached our expectations and I am now very happy with the movie’s performance.

Q. How did this project materialize?
A. I wanted to work with Charan since a long time. Once we decided to work together, we started looking around for a suitable script. I heard a story narrated by Shiva and I liked the interval block. We took that line and developed it further to get the present output.

Q. Since ‘Krishna’, you have been concentrating mainly on comedy and not on action episodes, which are your specialty. Any reason?
A. After Samba, my close friends and well wishers asked me to stop working on faction films and films with heavy action elements. I considered their feedback and in ‘Bunny’, I tried to incorporate comedy. I enjoyed the experience. Viewers are also showing greater interest in comedy these days and that is the reason why I am putting greater emphasis in comedy. I always want my producers to make some money with my films.

Q. Did you change any specific aspect of your film-making after Badrinath?
A. I felt that the entertainment quotient in Badrinath was a little low. I took care of that with ‘Naayak’. I basically want people to enjoy themselves completely when they come to watch mu film and I think I succeeded in that aspect with ‘Naayak’.

Q. If you had to remake a Chiranjeevi film, which one would you attempt?
A. I absolutely love Chiranjeevi’s ‘Khaidi’. I want to remake that movie with Charan in the lead role. Let us see

Q. How did Posani Krishna Murali come into the project? Did he pen his own dialogues?
A. The second half has some serious sequences and we wanted to give viewers some comedy relief. When we conceived that scene, we felt Posani would be a superb fit and he did maximum justice to that character. The dialogues were written by Akula Shiva.

Q. Were Amala Paul’s scenes in ‘Naayak’ trimmed? She has very little presence in the movie
A. Well, that is how her character was written. We did not trim any scenes involving her character. We just went with the script and she is happy about her role in the movie.

Q. What are your upcoming projects?
A. I will be launching Bellamkonda Suresh’s son. It will be a romantic entertainer with a nice story. I am working on the script right now

With that, we wrapped up our conversation with V.V.Vinayak. Let us wish him good luck for his next projects.