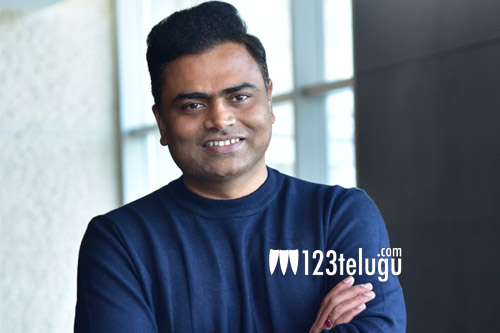 Thalapathy Vijay starrer Varisu/Vaarasudu is one of the biggies that released this Sankranthi season. The movie is putting up a strong show and is drawing crowds to the theatres. Directed by Vamshi Paidipally, the movie is bankrolled by Dil Raju. Rashmika Mandanna is the female lead in this film which has Thaman’s tunes. The movie also stars Jayasudha, Prakash Raj, Srikanth, Prabhu, Khusbhu, and Shaam in key roles. We interacted with director Vamshi today, and here is the transcript.

Did you observe any difference between Tamil and Telugu responses?

To be frank, we made it a proper Tamil film and dubbed it into Telugu. But Raju Garu told me that the Telugu version collected around 11 crores share in its four days. The movie will soon beat Vijay Garu’s Master in Telugu. We didn’t have time to do Telugu promotions. Even in Tamil, we didn’t do any publicity other than an audio function. So the movie’s purpose is definitely served.

Why did you opt for Vijay sir particularly?

You should be proud that a Telugu director went to Tamilnadu and made a film with one of the biggest stars in the country. It is an ample opportunity for me, and these days, we are breaking the boundaries and language barriers. We need to blend the story with emotions and Vijay sir’s elements.

How do you view the separate release of both versions?

Every film has its own power and journey. We decided to release the movie in Tamil on the 11th of January from the very beginning. As a director, my job is to deliver, and it is the producer’s call to decide the release date. Dil Raju Garu, who has been in the distribution sector for a while.is the best person to decide on the release date.

Do you have plans to enter Bollywood?

There are no woods now. We have crossed that. Varisu is now collecting good numbers in Hindi, and I never expected that. I love commercial films, and I am fond of doing them. Ultimately the content we present is important at the end of the day.

How was Vijay sir’s reaction after watching the film?

He was very happy. Vijay sir always used to ask me one thing during the shooting if I was happy with the film. So, when we met at the success meet, I asked Vijay sir if he was pleased with the film. The inner satisfaction that Vaarasudu gave me is priceless.

Don’t you think the film is too lengthy?

In Telugu, there might be that feeling that it is lengthy due to actors and a few aspects. There is no such complaint from Tamil. If I reduce the length, the whole impact of the movie will be lost. The movie’s length is always a myth.

Whose idea was it to have Vijay sir’s previous film references in the boardroom scene?

Anil Ravipudi helped me with that scene and enhanced the impact. I had an idea, and my whole team helped me in getting that scene right. The response for the boardroom is really great, and the credit goes to the entire team.