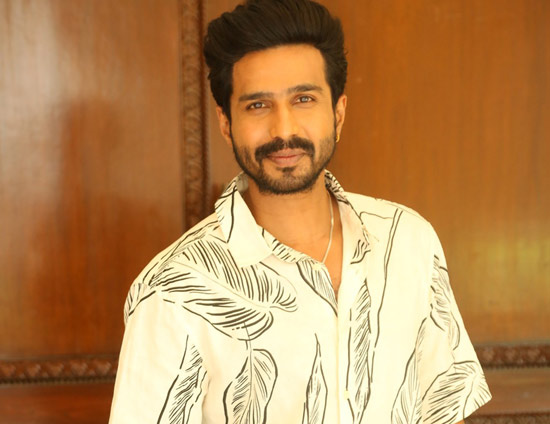 Vishnu Vishal’s next release is Matti Kusthi, which Chella Ayyavu directs. Mass Maharaja Ravi Teja is producing the movie with Vishnu Vishal under RT Teamworks and Vishnu Vishal Studioz banners. Aishwarya Lekshmi plays the female lead, and Justin Prabhakaran composes the music. Ahead of the film’s release on December 2nd, we interacted with Vishnu Vishal. Here is the transcript.

What’s the film about?

Matti Kusthi isn’t a sports film but a love story. It is all about ego clashes between husband and wife. Kusthi will be part of the film. Matti Kusthi is played in Kerala, and as the leading lady’s character hails from that place, we named the film Matti Kusthi. We deliberately hid a few surprises in the trailer to please audiences in the theatres, and the movie will connect to all sections.

The trailer seemed similar to Sultan. What’s your take on this?

There isn’t any similarity to Sultan in the movie. However, the audience will be surprised after learning why my character plays Kusthi, a Kabbadi player. This trailer was the toughest one to cut in my career, and three different editors worked on it. If we reveal something, the essence of the film gets lost. We makers need to be clever to outsmart the audience. I don’t want to preach anything to the audience as I believe cinema influences society.

How did Ravi Teja become part of the film?

I have come in touch with Ravi sir through Swetha, who is a friend of my wife. Swetha arranged a meeting with Ravi Teja sir, and he said he liked some of my works. During that time, I told Ravi sir I wanted to become a mass hero. It was like he wanted to do content films, and I wanted to do mass films like him. Then I showed him the FIR trailer. Then I said Matti Kusthi line to Ravi sir. He loved it and told me that he wanted to produce the film.

Will you work with Vishal as you share a good rapport with him?

Vishal has been a very good friend of mine. In December 2017, a film of mine was supposed to release. Unfortunately, the council there allowed the release of five other films, which affected me. Vishal was the president during this incident, and I was upset with that incident. After that, I wasn’t that close to Vishal.

Any dream roles that you want to do?

I wanted to do a cricketer, and I am now doing a cricketer role in Laal Salaam. I haven’t said this before because I thought people would laugh at me. But, I always wanted to do a superhero which wasn’t tried much in the south cinema. I liked Minnal Murali, and at the same time, I was sad because I didn’t do something like that. So, I congratulated the team of Minnal Murali since the film is very rooted to our culture.

What’s the perception of Tamil filmmakers about the Telugu industry now?

Every industry has its uniqueness, and the Telugu industry is always known for mass commercial cinema. Then Baahubali happened, and it put Telugu cinema on top. So it’s good that Tamil cinema has now got a very good competitor. Then Malayalam cinema started giving some great content. And suddenly, Kananda cinema came up with KGF and Kantara. But it is the Telugu industry that started all this with Baahubali.

What did Ratasasan teach you?

Ratasasan taught me a lot about the film business and many other things. When I was doing content films, a producer said I would fail if I moved away from content films. This hit me hard, and then I analyzed I am not commercially presentable hero. Then I decided to do commercial films and started a production company. When films like Vada Chennai and 96 did wonders, I decided to make content-based films laced with commercial elements.