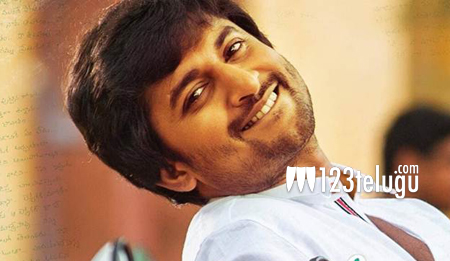 Generally, stars have a following either in the masses or youth or family audience. But Nani is one star who is loved by everyone. One of the top stars in the industry currently, Nani has come a long way in life and film career.

From being an assistant director to giving back to back hits, Nani has seen it all. Coming from a non-film background, Nani has slowly worked his way to the top with his sheer talent and dedication.

Even though he has given many hits, he has not changed much as a person. Nani made his debut on this very date of Sep 5th with Astha Chemma. The film was a runaway hit and there was no looking back for him since then.

From working with the likes of Rajamouli to seeing some bad very days in his career with back to back flops, Nani never lost hope and has kept on fighting and improving with each film of his.

The moment he changed his game and found out that people love him in entertaining films, he chose projects like Bhale Bhale Magadivoy which started his success streak to his career in an upward swing. What followed was a series of hits and a new star status which many envy now.

Nani is loved for his natural style of acting which makes him different from the others. His boy next door looks are an addition and he is one of those actors who is a true performer.

Nani’s popularity has gone to a stage that he is one of the most loved TV hosts and has become a hot topic of discussion on the social media for his show Bigg Boss. With some of the best projects in hand, Nani is one the star heroes to watch out for in the future.

As he completes ten years in the industry, 123telugu wishes him hearty congratulations and hopes that he stays as natural as possible in the coming days as well.