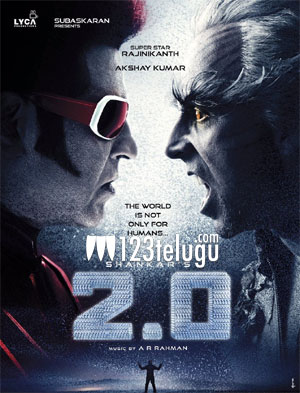 The post-production formalities of Superstar Rajinikanth-Shankar’s highly anticipated sci-fi, thriller, 2.0, underway at a brisk pace. The film is slated for an April, 2018 release.

Meanwhile, the latest buzz is that the makers of 2.0 are planning to release the film’s teaser on January 26th, as a Republic Day treat. The film’s unit has been working day and night to reach the April deadline.