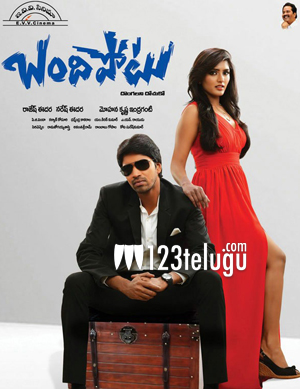 It is known news that Allari Naresh has teamed up with Indraganti Mohana Krishna for a comedy entertainer titled Bandipotu. The film has opened to some decent reviews all over and according to the latest update, the makers have decided to trim the film by 15 minutes to make it even more racy.

Produced by Naresh’s home banner, Bandipotu has Esha as the female lead and Kalyan Koduri scores music. The story is based on the life of a conman played by Allari Naresh. Rao Ramesh, Tannikella Bharani and Posani play other lead roles in the film.